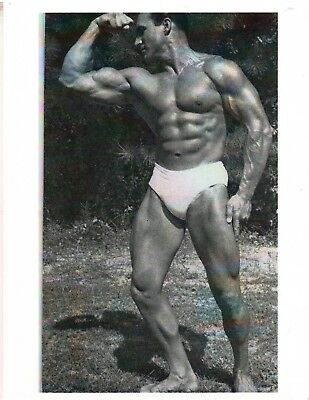 William Robinson III (a.k.a. the guy who needs to explain how he afforded his Corvair in the first place).

So earlier this week, the president of the American Bar Association, William Robinson, gave a ridiculous interview to Thomson Reuters News & Insight. You might have heard about it.

Robinson had the grace and the courage to tell law students it was their own fault for the rampant price gouging that happens as a result of the ABA’s ineffective oversight of law schools. It took real strength of character for Robinson to share this anecdote: “When I was going to law school . . . I sold my Corvair to make first-semester tuition and books for $330.” I mean, how many people in Robinson’s position would be so out of touch that they think prospective law students are driving automobiles that can cover a whole semester of tuition at an American law school!

That’s right, future 1Ls, don’t get too used to your Jaguar XKR. Don’t become too attached to your Lexus hybrid. You’ll need to sell your luxury automobile to pay for law school. D’uh!

Sorry, I’m still flabbergasted that the president of the American Bar Association openly admitted to being a complete joke.

When the story broke the other day, I had the good fortune of being in Washington, D.C., at the annual conference of the Association of American Law Schools (AALS). The law school at the University of California – Irvine invited me to speak to law school professionals and deans about how law schools could better use (or avoid) social media.

And let me tell you, law school professionals — the people who have to deal with the perception of general ABA incompetence on a day-to-day basis — were not at all happy with William Robinson’s comments….

I asked about ten public relations or communications professionals about Robinson’s comments. Nobody would go on the record with me. It was kind of funny; nobody would even go on the record to say “no comment.” At least Bill Robinson won’t be dragged through the press by member institutions for his insensitive remarks.

But that doesn’t mean they didn’t have opinions. When I asked people, I heard, “I can’t believe he said that,” or “Great, the ABA makes my job more difficult, AGAIN.” There was disbelief and a bunch of grumbling, especially as the news percolated around the conference in the morning.

But as the day wore on, people had an opportunity to reflect more on Robinson’s statements. Said one PR person for a top 100 law school:

But who was the person that even let him do that interview and say those things?

Frustrating is how a couple of other people described Robinson:

The conversation about the cost of law school and what to do about it has been going on for years. It is… frustrating for Robinson to come in and preach about what is, at best, one part of the problem.

But perhaps the most telling comment was from a person representing a relatively new law school:

At my law school, we are [long spiel about the heroic attempts his law school has made to keep tuition down]. We want people to know what they’re getting into financially, and make smart decisions with loans and debt….

What was your question? Robinson? Yeah, don’t care.

Well played, anonymous sir. Robinson’s comments might have been insensitive, out-of-touch, and incorrect — but who cares? It’s not like any other ABA president has done anything to help control the cost of law school tuition. It’s not like any law school administrator or dean is thinking about the ABA and their new smack-talking president when they present their projected budgets to the presidents of their universities.

Attorney General Kamala Harris says the defendants “suggested the banks would have to pay, but the only people who paid were” homeowners; the state will seek restitution.

“Yesterday we broke up what we believe is a fraud ring that is national in scope,” Harris said at a news conference in San Francisco. “This is just the beginning of holding these wrongdoers accountable.”

The scam, as described by Harris, involved multiple law firms and call-center affiliates who marketed lawsuits against mortgage banks to homeowners in California and at least 16 other states who were facing foreclosure.

The defendants sent out at least 2 million mass mailers that masqueraded as official government documents, and then followed up with phone calls, the Justice Department said.

Victims paid retainers from $3,500 to $10,000, believing that the lawsuits would stop pending foreclosures, reduce or even eliminate their principal balance, reduce their interest rate to as low as 2 percent and give them monetary damages, it said.

Once homeowners paid to join the lawsuits, they rarely met or spoke with their lawyers; some lost their homes soon after paying the up-front fees, the DOJ said.

The scam occurred against the backdrop of the foreclosure crisis, in which millions of people have fallen behind on mortgage payments as their home values plummeted, officials said.

“They took advantage of a growing sentiment out there,” Harris said. “A lot of homeowners have been deeply disappointed. They are resentful, they are angry, and they are hurt. (The defendants) suggested the banks would have to pay, but the only people who paid were these homeowners.”

Harris said the state would seek fines, penalties, damages and restitution in potentially the tens of millions of dollars from the defendants.

The “mass joinder” lawsuits marketed by the defendants are a way for multiple plaintiffs with separate but similar cases to join in a single suit. Unlike class action suits where plaintiffs share a single judgment, the plaintiffs in mass joinder suits can receive individual settlements. Such suits are extremely complex.

The defendants are being charged with false advertising, fraudulent business practices, improper fee splitting, and failure to register as telephonic sellers.

The department is not saying whether the actual complaints in the mass joinder lawsuits have legal merits.

“There may be legitimate causes of action there,” Harris said. “The cases may go forward.”

“This is a shocking case of how lawyers violated (clients’) trust,” said Bill Habert, president of the State Bar.

The phone at Kramer & Kaslow now plays a recorded message from a State Bar, explaining the enforcement action.

People who believe they were victims of the scam should visit hud.gov. The case is the first action to come out of the attorney general’s mortgage fraud task force, which Harris said is investigating everything from loan origination to modification.