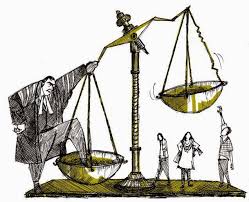 Pay Attention! Look at the money trail AFTER the foreclosure sale
Posted on July 3, 2018 by Neil Garfield
https://livinglies.wordpress.com/2018/07/03/pay-attention-look-at-the-money-trail-after-the-foreclosure-sale/

My confidence has never been higher that the handling of money after a foreclosure sale will reveal the fraudulent nature of most “foreclosures” initiated not on behalf of the owner of the debt but in spite of the the owner(s) of the debt.

It has long been obvious to me that the money trail is separated from the paper trail practically “at birth” (origination). It is an obvious fact that the owner of the debt is always someone different than the party seeking foreclosure, the alleged servicer of the debt, the alleged trust, and the alleged trustee for a nonexistent trust. When you peek beneath the hood of this scam, you can see it for yourself.

Here is where it gets real interesting. The check is sent to BONY who supposedly is acting on behalf of the trust, right. Wrong. BONY is acting on behalf of Chase and Bayview loan servicing. How do we know? Because physical possession of the check made payable to BONY was forwarded to Chase, Bayview or both of them. How do we know that? Because Chase and Bayview both endorsed the check made out to BONY depositing the check for credit in a bank account probably at Chase in the name of Bayview.

OK so we have the check made out to BONY and TWO endorsements — one by Chase and one by Bayview supposedly — and then an account number that might be a Chase account and might be a Bayview account — or, it might be some other account altogether. So the question who actually received the $230k in an account controlled by them and then, what did they do with it. I suspect that even after the check was deposited “somewhere” that money was forwarded to still other entities or even people.

The bid was $230k and the check was made payable to BONY. But the fact that it wasn’t deposited into any BONY account much less a BONY trust account corroborates what I have been saying for 12 years — that there is no bank account for the trust and the trust does not exist. If the trust existed the handling of the money would look very different OR the participants would be going to jail.

And that means NOW you have evidence that this is the case since BONY obviously refused to do anything with the check, financially, and instead just forwarded it to either Chase or Bayview or perhaps both, using copies and processing through Check 21.

What does this mean? It means that the use of the BONY name was a sham, since the trust didn’t exist, no trust account existed, no assets had ever been entrusted to BONY as trustee and when they received the check they forwarded it to the parties who were pulling the strings even if they too were neither servicers nor owners of the debt.

So either BONY was directly committing breach of fiduciary duty and theft against the alleged trust and the alleged trust beneficiaries OR BONY was complying with the terms of their contract with Chase to rent the BONY name to facilitate the illusion of a trust and to have their name used in foreclosures (as long as they were protected by indemnification by Chase who would pay for any sanctions or judgments against BONY if the case went sideways for them).

That means the foreclosure judgment and sale should be vacated. A nonexistent party cannot receive a remedy, judicially or non-judicially. The assertions made on behalf of the named foreclosing party (the trust represented by BONY “As trustee”) were patently false — unless these entities come up with more fabricated paperwork showing a last minute transfer “from the trust” to Chase, Bayview or both.

The foreclosure is ripe for attack.