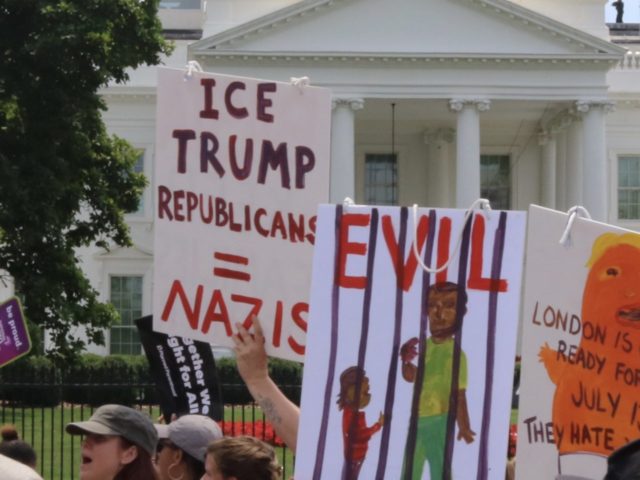 According to the Real Clear Politics poll of polls, on June 8, Trump’s approval rating rounded out to an average of 42 percent, while his disapproval rating averaged 54 percent — a 12 point gap.

That is a five point improvement during the very “scandal” the media predicted would be remembered as “Trump’s Katrina,” meaning the issue that drove public approval of the president into the dirt forever.

Part of that improvement is due to ten point surge in support from — wait for it, wait for it — Hispanic Americans.

Imagine being the establishment media today, imagine knowing you threw everything you had at the president; that you coordinated a perfect narrative-storm using recordings of crying children and hoax photographs; that you poured all your hopes, your dreams, and resources into manufacturing that one bulletproof story that would finally bring this guy down.

And what happened in the end…?

Not only is Trump in better shape now than before this fake news jihad, the public is increasingly siding with him on border and immigration issues, (including 51 percent support for the wall).

Meanwhile, the establishment media has once again been exposed as inept liars and clueless propagandists.

The media have lost all of their moral authority, lost the thing that mattered to them most — the ability to move and shape public opinion, and these last few weeks were basically the Battle of the Bulge, an all-out assault by the bad guys in a desperate move to turn the tide of the war — and the bad guys lost again.

Before the media fabricated this border hoax, before the media tried to blame a mass-shooting on Trump, a full 72 percent of all Americans already believed the media intentionally misled them with fake news.

Like Trump’s job approval number, that number has probably increased, as well.