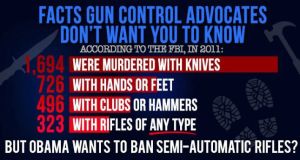 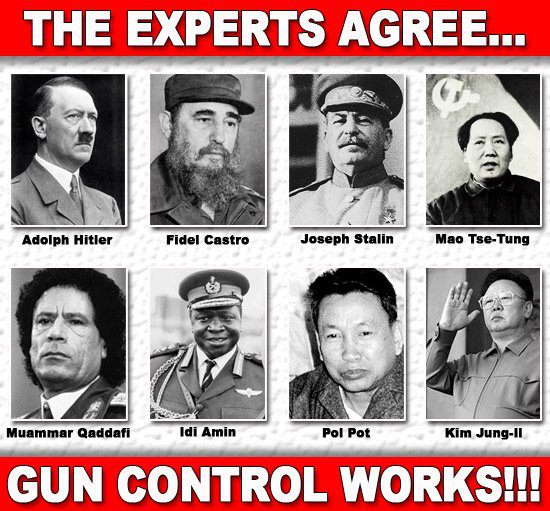 The unsealing of an application for a search warrant by the federal government on 8chan’s servers has unintentionally revealed that a federal agent has been trolling the site and attempting to redirect the users’ conspiracy theories against the Russian government instead of the CIA or Mossad.

The legal case stems from the April 27th shooting at a California synagogue by white supremacist and 8chan user John Earnest. The day of the shooting, Earnest is believed to have posted to 8chan a link to an anti-Semitic Pastebin manifesto and a not-so-cryptic suggestion that he was about to commit a murderous act of violence to back up his beliefs. In the accompanying affidavit to the search warrant application, FBI Special Agent Michael J. Rod requests the “IP address and metadata information about Earnest’s original posting and the postings of all of the individuals who responded to the subject posting and/or commented about it. Additionally, agents seek information about any other posting coming from the IP address used by Earnest to post the subject posting.”
https://en.wikipedia.org/wiki/Poway_synagogue_shooting

In Appendix 1, Rod attaches a serious of screen caps from an 8chan thread that took place the day of the synagogue attack (it is not ultimately clear that Earnest took part in this thread). What is notable is that next to the “Anonymous” user label on some of the posts is a “(You)” marking:

As it turns out, this text is to let the user know that they are looking at their own posts! This means that Special Agent Rod inadvertently exposed himself as 8chan user ID “8f4812” by including these screenshots as his supporting exhibit. As it turns out, a more complete version of this thread was saved on archive.is before it was deleted. By using Ctrl+F on the page and inputting “8f4812”, you can look at all the posts made by the FBI in this thread.
http://archive.is/YJzmC

Guys. Read my posts. I believe that the ahooter did post on here but there is also more. Ive been here all day. There are at least two others that are posting in a bot, shilllike fashion to promote this. This theead never would have made the first page, where I found it this morning.
think there is outside involvement. Likely Russian.
In the posts not attributed the man himself, these two not only hyped this thread in an awkward way, they continued an odd pattern of posts to keep this thread alive. Look at the parallel language and style. pol does not talk like that.
Look at the memes chosen in these posts. Not even a fucking clown.
While I believe John may have been motivated by hia own beliefs and reasons, I believe that there are other forces at work here that may have provoked him.
The original link leads to a Tarrants Lads group In russian.
He may have been rightfully upset with the way the world is, but he may have been manipulated into this by something that is not.
I’d blame Mossad, the CIA and FBI too, but this time I am not so sure. We know all three of them can meme because we are shilled all day long by them.
He chose a crappy pistol. Anyone would have planned a litte more thoroughly. If BT is a hero to him as he describes, he would have learned from this mistakes, or at a minimun made an effort to emulate him and do the same. To walk in there completey unprepared with a single pistol sends off even more red flags,
This is very unusual. This is not the typical (((conspiracy))) and I am worried. I dont believe this is the end of this.
I hope some one else takes it upon themselves to investigate what I posted above as well.

In another series of replies the fed poster follows up on the Blame Russia theme:

This was posted by one of the shills that
knew of the shooting prior. Notice screen shot is at 20:00. That correlates with ukraine and western russia if you do the math

Seriosuly, one of you has to dig on this. Please review this thread. There is some russian/ukranian involvement.

At one point, another user accuses the fed of being Mossad:

No. Not mossad. Stop attacking the board and sliding this thread. Sloppy job putin. Dick

Its balls. Let putin know your psyop worked, but you fucked it up with your shit english.

I presume you were chosen because you said you could talk, speak, and type “like american?”

Now, I don’t think for one second that any 8chan posters were convinced by this FBI agent to be more suspicious of potential Russian black ops. At the same time, what the hell was this fed thinking? It certainly looks like he is attempting, however half-assedly, to get the white supremacists that inhabit 8chan’s /pol/ forum to start directing their rage and conspiracism at Russia for a change.

This, of course, isn’t the first time informants have been caught or revealed to be inflaming or attempting to inflame extremists. In 2015, an FBI agent texted ISIS sympathizer Elton Simpson advising him to “tear up Texas.” A couple of days later Simpson attempted to shoot up a Draw Muhammed event in Garland.
https://www.thedailybeast.com/fbi-agent-apparently-egged-on-draw-muhammad-shooter?ref=scroll

But more importantly, there is a long history of collaboration between various US security apparatuses and private right-wing groups. The case of Howard Berry Godfrey and the Secret Army Organization (SAO) is instructive. https://lorenzoae.wordpress.com/2018/09/08/a-brief-history-of-american-vigilantism/
https://sites.google.com/site/cointelprodocs/the-use-of-informants-in-fbi-intelligence-investigations#b221
According to the Church Committee, Godfrey was a member of the “right-wing paramilitary” SAO and engaged in numerous acts of violence and sabotage against left-wing targets at the same time he was a paid FBI informant (bolding mine):

Godfrey and the FBI entered into a relationship in 1967 by which Godfrey would provide the Bureau information. This relationship was formalized in August of 1967 when Godfrey was officially “approved” by the FBI’s Washington Headquarters as an informant. […] Godfrey’s relationship with the FBI lasted over five years, terminating in November of 1972. Godfrey was paid varying amounts from 1967 through 1970 when he began to receive $250 per month plus up to $100 per month in expenses. He continued at that level until his termination. […] Examples of the types of actions Godfrey and/or the Secret Army were involved in include firebombing, smashing windows, placing stickers bearing SAO or Minutemen symbols on cars and buildings, propelling lug nuts through windows with sling shots, and breaking and entering. […] The SAO’s actions escalated to a level of violence and destruction where Godfrey’s name had to be revealed as an FBI informant. Two events precipitated this. The first was the shooting of Paula Tharp, who was in the residence of the San Diego State University professor Peter Bohmer. Briefly, while Godfrey and an SAO associate were “on a surveillance” of Bohmer’s residence (instituted by Godfrey), the associate, according to Godfrey, picked up a gun Godfrey had under the seat of his car and fired shots into the Bohmer house, one of which struck Ms. Tharp. [231] Previously the SAO and Godfrey had singled out Professor Bohmer in their literature for special attention:

For any of our readers who may care to look up Red Scum, and say hello, here is some information that may help. His address is 5155 Muir, Ocean Beach, telephone number is 222-7243, he drives a dark blue 1968 VW Sedam, California licence DKY 147. Just to make sure you talk to the right guy here is his description: he has dark brown shoulder length hair, green eyes, weight is about 160 lbs. and he is 5’10” tall. Now in case any of you don’t believe in hitting people who wear glasses, to be fair I guess we will have to tell you he wears contact lences. [sic]

The significant factor for the Committee’s analysis of FBI informants is that even this shooting incident did not immediately terminate Godfrey as an informant. Rather the FBI records show that Godfrey remained on the Bureau payroll until November, 1972. And, it was not until the second major act of destruction that Godfrey was “surfaced” as an informant.

The second major act of destruction which occurred was the bombing of the Guild theatre in San Diego. According to Godfrey, the bombing was perpetrated by his subordinate in the SAO, one William Yakopec. Godfrey participated in the SAO sale of some explosives to Yakopec. Yet, he promptly notified the FBI of Yakopec’s alleged involvement in the Guild Theatre bombing. Yakopec, who maintains his innocence, was subsequently indicted and convicted of the bombing offenses in the local courts of San Diego.

Also relevant are the Nazi sympathies of J. Edgar Hoover.

Mr. Hoover, for his part, personally approved some ex-Nazis as informants and dismissed accusations of their wartime atrocities as Soviet propaganda. In 1968, Mr. Hoover authorized the F.B.I. to wiretap a left-wing journalist who wrote critical stories about Nazis in America, internal records show. Mr. Hoover declared the journalist, Charles Allen, a potential threat to national security.