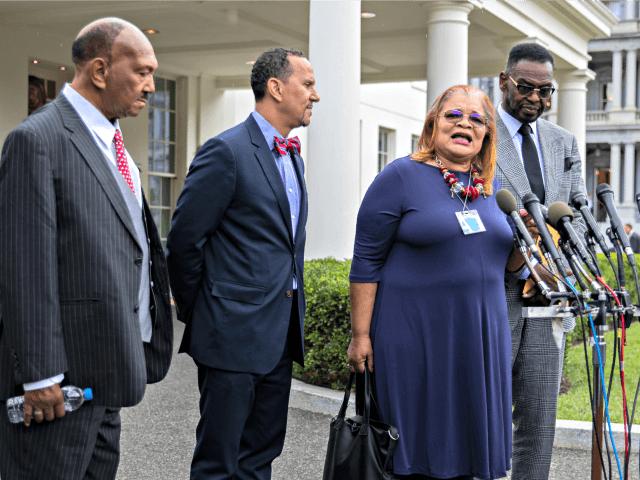 President Donald Trump met with African-American pastors and leaders of the black community on Monday, amidst a leftist uproar over his criticism of activist Al Sharpton.
Trump mentioned the meeting on Twitter but did not invite reporters into the room.

Looking forward to my meeting at 2:00 P.M. with wonderful Inner City Pastors!

Alveda King and Pastor Bill Owens spoke to the press at the White House after the meeting.

King, a civil rights and pro-life activist and the niece of Martin Luther King Jr., has visited the president with the group of pastors on multiple occasions.

She told reporters who asked about the meeting that she had a picture of Rev. Jesse Jackson and Al Sharpton with Trump.

“At one time in their lives, they highly regarded the president,” she told them. “And, so I’m thinking about a scripture: If it had been my enemy, I could have understood, I could have known what to do, but you were my friends and my brothers.”

After the meeting, King tweeted out a picture of her and Sharpton and her and Trump.

“When your friends lie, who needs enemies?” she asked. 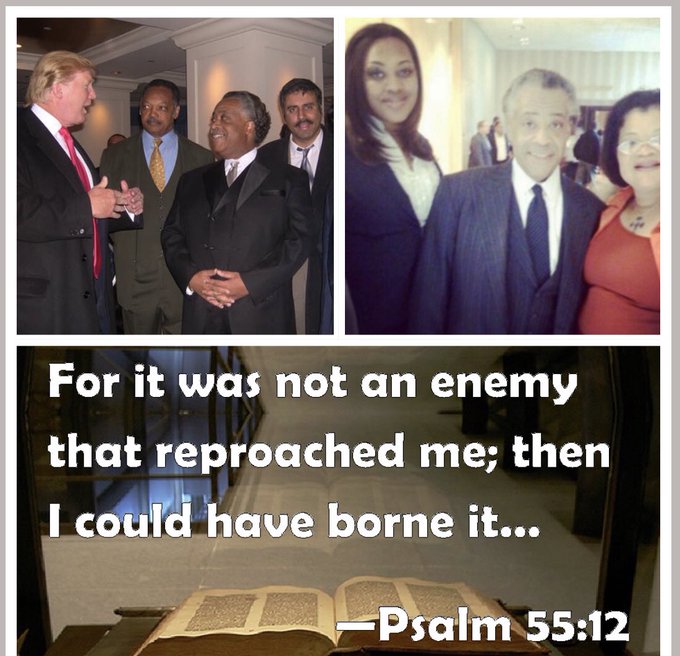 At the White House, King said she would continue to visit the president in the future to speak and pray with him about the country.

“The babies in the womb, the sick and poor and elderly are being blessed. We have an opportunity to continue to be blessed, and we have a president’s whose listening,” she told reporters. “And I was glad to pray with him today.”

Owens, the founder and president of the Coalition of African American Pastors, said he found it “hard to believe” that the president was racist and that they talked about issues facing the black community for about two hours.

“This country needs healing,” he said. “There’s so much division in America along racial lines.”

He agreed with reporters that Trump should probably visit Baltimore to see the problems there for himself.

He said that they met the president about four or five times, and said that the meeting was scheduled prior to the controversy.

When asked if he thought Trump was intentionally trying to fan the flames of racism by using words like “infestation” to describe the city of Baltimore, he replied, “Well, those are his words. I don’t want to second-guess what he says, because I hear a lot of things,” he said. “I see also people pandering to black people, to get them on board with some of their agenda.”