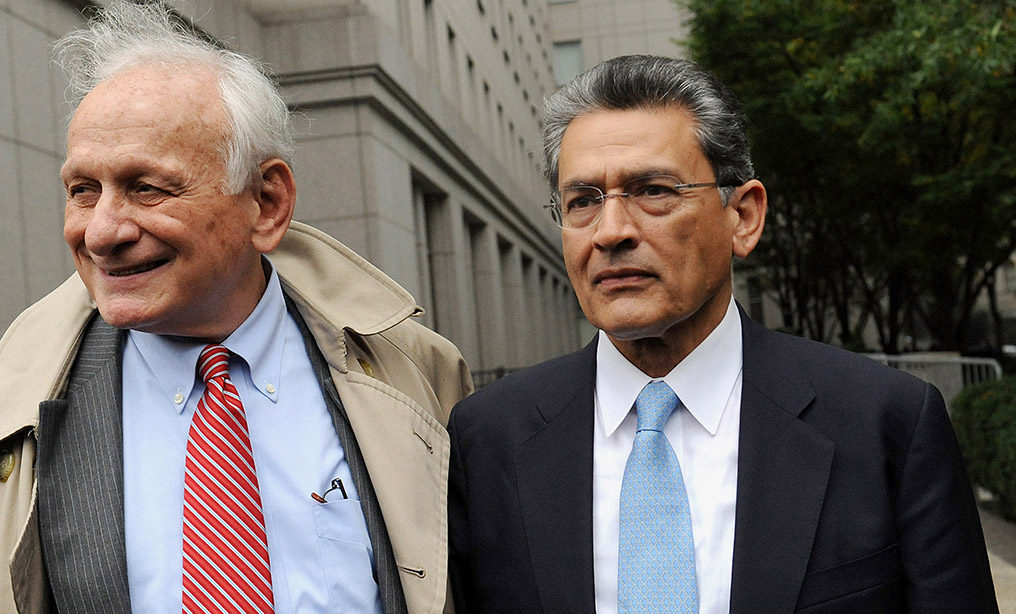 For the second time in as many months the U.S. Court of Appeals for the Second Circuit has declined to reverse an insider trading secured by federal prosecutors before the circuit court’s ruling in United States v. Newman and the sequence of decisions it spawned.

On Monday, the panel, composed of Circuit Judges Amalya Kearse, Richard Wesley and Christopher Droney, denied former Goldman Sachs director Rajat Gupta’s second attempt to have his insider trading conviction overturned. The Second Circuit had previously in 2014 denied Gupta’s argument that the trial court erred in admitting some evidence, while excluding other evidence offered by the defense ahead of his 2012 conviction. He ultimately served 19 months in prison, and was released in 2016.

The current appeal came after U.S. District Judge Jed Rakoff of the Southern District of New York denied Gupta’s motion to vacate his conviction in the wake of the Second Circuit’s 2014 decision in Newman, which substantially narrowed the “personal benefit” requirements of an insider trading relationship. Gupta argued before Rakoff that the jury instructions in his case were legally invalid under Newman.

On appeal, the panel reviewed Gupta’s challenge based on a cause-and-prejudice standard. It agreed with Rakoff’s argument that nothing stopped Gupta from arguing that the jury instructions were faulty on direct appeal from his conviction, since they were made during trial.

The panel observed that its November 2018 decision in Whitman v. United States tracks closely with the dynamics of Gupta’s case, as jury instructions were objected to at trial but weren’t pursued on appeal. Other insider trading cases pursued the line on appeal before Newman, the panel noted, making the claims in Whitman—and therefore Gupta’s case—insufficient to show cause.

While the panel, having found Gupta failing the cause standard, could arguably have ended its findings there, it proceeded to address the issue of prejudice, and, in doing so, waded directly back in to the circuit’s muddied law on insider trading.

The panel first found that Gupta failed to show the personal benefit instructions were so flawed as to deny him due process, noting that the actual language provided to the jury in question spoke of “maintaining a good relationship with a frequent business partner.”

That last clause proved critical for the panel, who argued it squared with requirements under precedent, but not the Second Circuit’s most recent double take in United States v. Martoma, which is mentioned briefly later. Instead, the panel opted to return to the insider trading Ur-precedent from the Supreme Court’s 1983 decision in Dirks v. SEC.

The Dirks court set out a “varying sets of circumstances…which would warrant a finding of the tipper’s illegal purpose,” the panel noted. Despite the fact the specific language required by Newman for a tangible or pecuniary benefit was not present in Gupta’s jury instructions, the language was satisfactory under Dirks’ seemingly broader “circumstances.”

In fact, the panel’s acknowledgment that Dirks highlighting the ability for a quid pro quo relationship despite “the lack of need for proof of the tipper’s financial or tangible gain” appeared to potentially undercut a portion of the court’s holding in Newman, continuing the erosion that began with the Supreme Court’s findings in Salman v. United States and continued through the two versions of the Second Circuit’s Martoma decision.

The fact that Newman‘s requirement for proof of a tipper’s pecuniary or other tangible gain has been rejected by the Supreme Court disposes of Gupta’s contention that Newman meant the trial court’s instruction that proof of pecuniary or tangible benefit was not necessary caused him to be convicted of a crime for ‘conduct that is not criminal,’” the panel said, quoting from Gupta’s brief on appeal.

A spokesman for the U.S. Attorney’s Office for the Southern District of New York, which secured Gupta’s original conviction and handled the appeal, declined to comment.

Kramer Levin Naftalis & Frankel name attorney Gary Naftalis handled Gupta’s appeal. He did not respond to a request for comment.