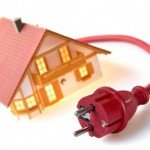 What if electromagnetic or EMF pollution wasn’t strictly a wireless technology problem? Well, it turns out that dirty electricity – mainly caused by the electrical wires in your home – can cause serious health issues like, migraines, poor brain function and, even, contribute to cancer cell growth.

This is clearly a much more serious health concern – almost never addressed by the mainstream media. Bottom line: wouldn’t you want to know if the electrical supply that powers your home was a major source of electrical pollution and the cause of health problems?

As a little background, the standard electrical frequency – that is in North American homes and offices – is 60 hertz. This is what’s used to operate our TVs, cookers, refrigerators, washing machines and lights.

Hence, these high frequencies have earned the name, ‘dirty electricity’.

Dirty electricity can also be caused by arcing on power lines during storms when lines touch trees. It can also be created from unfiltered cell phone and broadcast frequencies from nearby antennas.

The rarely spoken truth about premature aging and death
Leading epidemiologist Samuel Milham, MD, MPH – who has studied this subject in detail and even wrote a book on it – believes that these exposures coupled with the proliferation of wireless technology mean that “we may be facing a looming epidemic of morbidity and mortality”.

Dirty electricity in electrical wiring has been linked to many serious diseases and health conditions, including:

These SMPS converters can create dirty electricity – which are then added to our electrical wires. These converters can often be found in rectangular boxes in surge protector strips or on larger electronic devices. And, they may be built into the equipment.

Let’s talk about the worst offenders.

Compact florescent light (CFL) bulbs are believed to be among the worst contributors to dirty electricity.

They use ‘pulsed electronic technology.’

These new bulbs, unlike the old incandescent variety, switch on and off some 20,000 times per second. And, it’s this switching activity, which breaks up the normal 60-hertz sine wave of electrical power into fragments, returns the unused electrical fragments to the electrical system and thereby creates dirty electricity.

Compact florescent light bulbs add pollution to house and office wiring in the 50 to 100 KHZ range. One CFL bulb can contaminate the electrical system of an entire house when it’s in use.

The mainstream media continue to ignore the ‘biological effects’ of dirty electricity
Dr. Magda Havas, of Trent University, in Canada has been studying the biological effects of high frequency voltage transients and similar forms of electromagnetic pollution since the early 1990s. She says:

An intermediate frequency range [high frequency voltage transients], at the low end of the RF spectrum (kHz), flows along and radiates from wires and thus has characteristics of the two major types of electromagnetic pollution mentioned above.

Scientists doing research on the biological effects of power line frequencies seldom measure this frequency range and thus ignore the effects it might have on health.”

How can electricity in a wire be a health risk?
First, there is the issue of ground current. According to Dave Stetzer ground current has become a major problem in the U.S. since 1992 when the electric utility companies started using the earth, the ground we walk on, as if it was an electric wire.

Since 1992, energy companies have decided to just run wires down the side of electrical poles into the ground.

In North America ground current is now practically everywhere. These dangers are compounded by the presence of large amounts of dirty electricity – which flow through the ground and our electrical wiring.

Dirty electricity does not stay in your wiring. It manifests the skin effect.

It travels on the outer skin of the wire and can easily radiate through walls into our living spaces and our bodies.

Great tips on protecting your health
Here are some simple ways to reduce your exposure to dirty electricity:

1. Eliminate/minimize the use of these devices in your home.
2. Replace dimmer switches with on/off switches.
3. Replace CFLs with traditional light bulbs.
4. Replace smart (utility) meters with an analog meter.
5. Eliminate/minimize use of any device susceptible to be equipped with a SMPS converter.

To deal with this issue effectively you need to measure the dirty electricity levels in your home and install dirty electricity filters if the readings are above 50 GS units. GS units are measured with a Graham micro-surge meter.

For more tips on reducing your dirty electricity exposures – learn how to use a GS filter.

What is the correlation between electricity and disease?
Dr. Milham studied U.S. vital statistics and census records for 1920–1960. He found that urban death rates were much higher than rural rates for a number of diseases including cardiovascular diseases, diabetes and suicide.

He believes that many of these diseases could be prevented today if appropriate steps were taken to reduce the harmful effects of ground current, dirty electricity and radiation from cell phones, cell towers and the like.

Get smart before it’s too late. Act now to take steps to protect your health from dirty electricity and other EMF exposures.

About the author: Lloyd Burrell is the founder of ElectricSense.com. His website offers solutions to the growing number of people whose health is being compromised by exposure to wireless and similar technologies. Download his free EMF Health Report today!