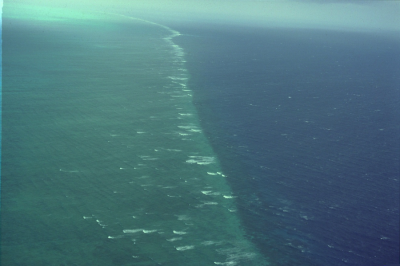 By Dahr Jamail
Global Research, December 15, 2018
Truthout 21 March 2016
Region: USA
(Of relevance to current developments, this article was first published by Truthout and posted on Global Research in March 2016)

Humans generate more than 300 million tons of plastic annually — an amount equal to the combined body weight of the entire global adult human population — and nearly half of the plastic is only used one time before it is tossed away to eventually find its way to the oceans. So it should come as little surprise that by 2050, it is a virtual certainty that every seabird on the planet will have plastic in its stomach.

Recent estimates indicate that upwards of 8 million tons of plastic are added to the planet’s oceans every year, the equivalent of a dump truck full of plastic every minute. That is enough plastic to have led one scientist to estimate that people who consume average amounts of seafood are ingesting approximately 11,000 particles of plastic every year.

The earth’s oceans will have more plastic than fish by 2050, according to a January report published by the World Economic Forum.

Experts with whom Truthout spoke on the topic confirmed that these trends are likely to continue. Biological oceanographer Dr. Debora Iglesias-Rodriguez, with the National Oceanography Centre at Britain’s University of Southampton, is very concerned about public indifference to the urgency of the situation.

“There is this idea that oceans have unlimited inertia, but nanoparticles of plastic getting into marine animals and the food chain are affecting fish fertility rates, and this affects food security and coastal populations. Pollution is having a huge impact on the oceans and is urgent and needs to be dealt with.” 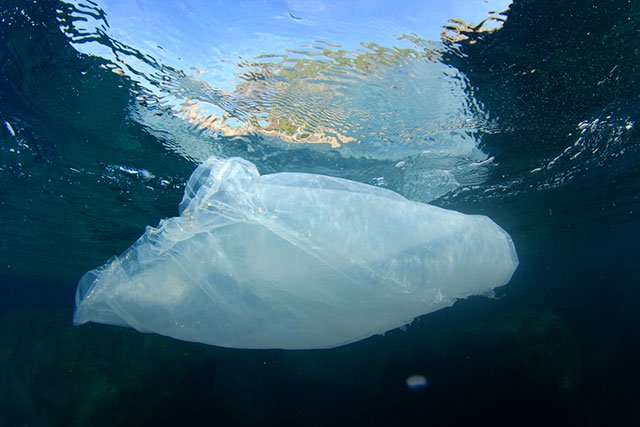 Miriam Goldstein, a researcher at Scripps Institution of Oceanography at the University of California, San Diego, warned Truthout that by adding massive amounts of plastic into the oceans, humans are causing large-scale change to the oceans’ entire ecological system.

Goldstein is the lead author of a study that revealed just how deeply into the oceanic ecosystem plastic has already embedded itself.

“We found eggs on the pieces of plastic, and these were sea skater [insect] eggs,” Goldstein said. “Sea skaters naturally occur in the gyre and are known to lay their eggs on floating objects. So we found that the amount of eggs being laid had increased with the amount of plastic.”

The North Pacific Subtropical Gyre’s eastern section, located between Hawai’i and California, is estimated to be about twice the size of Texas. According to Goldstein, this vast “garbage patch” contains an “alarming amount” of plastic garbage, the majority of which is comprised of very small-size pieces.

Goldstein’s study shows how the immense amount of plastic is creating consequences for animals across the marine food web.

Another Scripps study shows that nearly 10 percent of the fish collected during a trip to the gyre had plastic waste in their stomachs.

Published in Marine Ecology Progress Series, the aforementioned study (authored by Peter Davison and Rebecca Asch) estimates that fish at intermediate ocean depths in the North Pacific Ocean could be ingesting plastic at the staggering rate of 12,000 to 24,000 tons per year.

Yet plastic will not likely be going away anytime soon. The use of plastic bags around the world has increased by 20 times in the last 50 years. One-third of all plastic packaging then escapes collection systems, and a large percentage of that plastic eventually ends up in the oceans, according to the World Economic Forum report.

Only 5 percent of plastics are effectively recycled, and the production of plastics is expected to increase by at least 1.12 billion tons by 2050.

“Our work shows there could be potential effects to the ocean ecosystem that we can’t expect or predict,” Goldstein said.

“There are five subtropical gyres, one in each ocean basin, and they are natural currents. They are vast areas of the oceans; together they comprise the majority of the area of the oceans. So altering them on a large scale could have unexpected results on all kinds of things.”

The amount of plastic floating in the Pacific Gyre has increased 100-fold in the past four decades. Meanwhile, phytoplankton counts are dropping, overfishing is causing dramatic decreases in fish populations, decreasing ocean salinity is intensifying weather extremes, and warming oceans are speeding up melting in Greenland, the Arctic and in Antarctica.

One warning of humanity’s increasingly deleterious impact on the oceans comes from prominent marine biologist Jeremy Jackson of the Scripps Institution of Oceanography. In an article published in Proceedings of the National Academy of Sciences, Jackson emphasizes that, without profound and prompt changes in human behavior, we will cause a “mass extinction in the oceans with unknown ecological and evolutionary consequences.”

The statement might sound extreme, until one considers the extent to which we impact the oceans, whether we realize it or not. As science journalist Alanna Mitchell has written about the oceans:

“Every tear you cry … ends up back in the ocean system. Every third molecule of carbon dioxide you exhale is absorbed into the ocean. Every second breath you take comes from the oxygen produced by plankton.”

Dr. Wallace J. Nichols, a research associate at the California Academy of Sciences, told Truthout he finds plastic on every beach he visits across the globe, and added, “Probably every sea turtle on the planet interacts with plastic at some point in its life.”

Not only is Nichols intimately familiar with the pollution crisis plastic poses to the oceans, but also he is well acquainted with the oceanic destruction already underway due to anthropogenic climate disruption (ACD).

He describes sea turtles as a “poster species” for the impacts of ACD: He said their eggs

“are literally cooking on beaches now because the temperatures have moved out of the tolerable range.”

“You often see the polar bear used as the poster species for climate change, but I think sea turtles are just as good of a poster species because they are everywhere and they are already being impacted as the ocean warms,”

In addition to ACD and plastic, he notes that we are introducing too much pollution into the oceans, and taking too much out of them by way of overfishing.

“We’re putting too much in, in all forms of pollution; we’re taking too much out by fishing, overfishing and bycatch; and we’re destroying the edge of the ocean, the places where there is the most biodiversity, reefs, mangroves, seagrass etc.,” he said. “Those are the three big buckets…. Almost every threat to the ocean falls into one of those. We need to put less in, take less out and protect the edges by making some of them off limits to human activity.”

Nichols is deeply concerned by the pace at which negative changes are occurring across the oceans. He said that every time scientists have attempted to predict future scenarios, the pace seems to only quicken.

According to Nichols, despite scientists’ ongoing attempts to adjust their models to keep up with the quickening of feedback loops and other issues, we are still unable to keep pace with the dramatic changes.

He believes “the clock in many ways has already run out,” due to the fact that we are still increasing our use of fossil fuels, while continuing to generate so much plastic and pollution. Nichols says he is frustrated by the fact that despite there being more conversation about these issues now than ever before, that dialogue is still not translating into societal change or evolution.

Truthout asked Nichols if he sees the future becoming worse for the oceans.

“We’re living in it now, from a climate change/fisheries/pollution/habitat destruction point of view, our nightmare is here; it’s the world we live in,” he said. “You see it everywhere now, the collapsing fisheries, the changes in the Arctic and the hardships communities that live there are having to face, the frequency and intensity of storms — everything we imagined 40 years ago when the environmental movement was born, we’re dealing with those now.”

Nichols concluded by describing three possible oceans. Ocean 1.0 is the pristine natural ocean, while Ocean 2.0 is the ocean we have now, which is a result of having, as he described it, lived under “the petroleum product regime.”

“Ocean 3.0 is the future ocean, and it can either be a dead ocean, or we can really come up with some very innovative solutions that right now people aren’t even talking about,” he said.

To Nichols, a positive vision of Ocean 3.0 would entail new ways of getting food from the ocean that don’t involve long lines and bottom trawling, both extremely destructive ways to fish commercially.

It would involve a whole new way of thinking about our packaging and a zero-waste approach to consumer goods, which, he believes, is all possible — if we can muster the political and personal motivation.

“We could have a healthy ocean in 50 years if we make some bold moves,” he said. Those moves would need to include “a cleaner, more responsible set of actions for how we get energy from the ocean and how we use them as a source of food.”

Without those actions happening en masse, Nichols fears we are headed for the “dead ocean” version of our future.

“The dire predictions — they are already here in many, many ways,” he said.

Corrections: Miriam Goldstein was originally attributed the statement of her study having “dire” consequences, which was inaccurately attributed, and hence corrected. Goldstein’s quotes were in close proximity of the sentence, “Not only is it leading to early deaths of animals that ingest it, but also humans then ingesting fish with plastic in their systems are at increased risk of cancer and other health issues.” Please note that this information is not in any way intended to be attributed to Goldstein’s research.
How Ocean Pollution Affects Human Health

Dahr Jamail, a Truthout staff reporter, is the author of The Will to Resist: Soldiers Who Refuse to Fight in Iraq and Afghanistan, (Haymarket Books, 2009), and Beyond the Green Zone: Dispatches From an Unembedded Journalist in Occupied Iraq, (Haymarket Books, 2007). Jamail reported from Iraq for more than a year, as well as from Lebanon, Syria, Jordan and Turkey over the last ten years, and has won the Martha Gellhorn Award for Investigative Journalism, among other awards.

His third book, The Mass Destruction of Iraq: Why It Is Happening, and Who Is Responsible, co-written with William Rivers Pitt, is available now on Amazon. He lives and works in Washington State.
The original source of this article is Truthout
Copyright © Dahr Jamail, Truthout, 2018