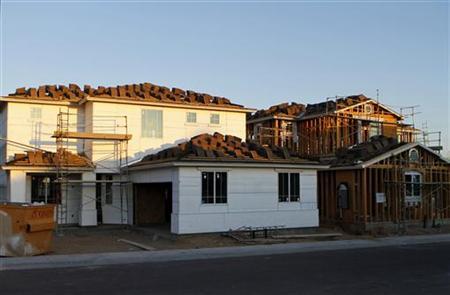 NEW YORK (Reuters) – Crystal Morello’s family pleaded for months with their lender for a cheaper mortgage on their family home in Belleville, Michigan. But time ran out last summer, and they left before they were evicted.

“The bank was reassuring us that it was helping us out,” says Morello, 26. “While we were getting a loan modification in one department, we were getting foreclosed in another.”

Nothing will get Morello back to the house she lived in since she was three, certainly not the small part her family might receive of a record $25 billion settlement announced Thursday between the government and five big U.S. banks accused of abusive mortgage practices.

As part of the deal, the banks also agreed to cut the amount of principal owed by homeowners and provide lower-interest rate loans to the tune of $17 billion for borrowers who are behind on their payments and who are at risk of foreclosure.

A further $3 billion is on tap to help homeowners who are current on their mortgages but are unable to refinance because they owe more than their homes are worth.

Critics of Thursday’s agreement, like Margaret Becker, director of the homeowner defense project at Staten Island Legal Services in New York, say the deal is “paltry”, at best.

“I don’t think it’s going to have a lot of meaning for consumers,” she says. The $25 billion settlement “is a miniscule amount of money and doesn’t begin to approach the banks’ legal liability for the fraud.”

New York state alone has 250,000 mortgages that are in foreclosure or more than 60 days late, Becker noted.

An estimated 10.7 million U.S. borrowers, or 22.1 percent, of all borrowers are ‘underwater’, according to Corelogic, a company that tracks real estate data.

They are believed to owe $700 billion more than their houses are worth as a result of the crash in U.S. housing prices.

Thursday’s agreement paves the way for the process of deciding which homeowners qualify for the $25 billion and many hurdles remain.

Borrowers have to be behind on their payments, and, in most cases, the loans have to be owned by the banks. Homeowners with mortgages held by state-run U.S. housing finance giants Fannie Mae and Freddie Mac are not eligible.

Even those who stand to benefit from the settlement aren’t convinced it will work. Some like Roger Duke, 41, plan to remain in the courts. “We’ve given up altogether on modifications,” says Duke, 41, whose Wellington, Florida home is in foreclosure. “We’ve tried everything the government has put out.”

When Duke, a sales manager at an industrial firm, purchased his home in 2005, he never imagined its value would plummet to $230,000 from $420,000. But Duke’s problems began almost immediately when he tried to refinance an adjustable-rate mortgage. One battle lead to another as the original lender fell into bankruptcy and the loan papers went missing.

“Our case is a perfect example of what is wrong with any kind of settlement because people need to go to jail for something like this,” he says. “It’s been a nightmare, but we’re in it for the long haul.”

In the meantime, people like Kathleen Dalton wait, worry and hope their banks will also settle with the government.

Dalton, who once owned her own insurance business, has spent the last three years battling for a permanent loan modification for her West Palm Beach, Florida condominium, which has dropped in value to $50,000 from $100,000.

Most recently, the lender sent her an offer for a temporary modification at a higher rate than her original mortgage with no terms nor explanation.

“I just want to save my home,” says Dalton, 61. “I hope that’s going to happen, but I don’t know because I’ve had my hopes go through the roof and then let down so many times that it’s affected me physically.”

For borrowers like Morello, the settlement is too little, too late. While it’s up to her parents, her family likely would use any money they get to repair the roof of the 1940s bungalow they purchased in Dearborn Heights, Michigan for $10,000 by pooling cash. Morello now lives there with her two-year-old daughter, her parents, a cousin, a dog and a cat.

“I’ll never get a mortgage again for any reason,” Morello says.