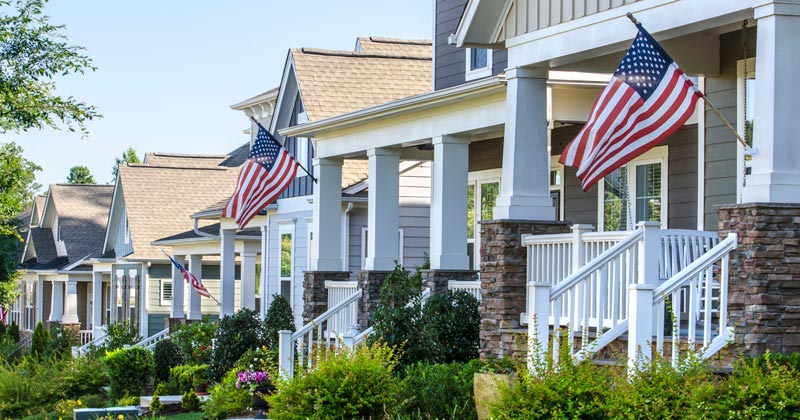 Bad news to those who fled big city unrest for the suburbs: Joe Biden wants to permanently alter suburbs under a new housing program that would restrict single-family homes.

America’s suburbs would end as you know them under the Obama-era Affirmatively Furthering Fair Housing regulations that Biden would supercharge if he wins the White House.

We already know what this program under Biden would entail, thanks to a Democratic lawmaker who proposed restricting single-family homes in Virginia by allowing multi-family houses built on the same-sized lots.

“Once Biden starts to enforce AFFH the way Obama’s administration originally meant it to work, it will be as if America’s suburbs had been swallowed up by the cities they surround,” reported National Review’s Stanley Kurtz. “They will lose control of their own zoning and development, they will be pressured into a kind of de facto regional-revenue redistribution, and they will even be forced to start building high-density, low-income housing.”

“The latter, of course, will require the elimination of single-family zoning. With that, the basic character of the suburbs will disappear.”

A prelude to this is already occurring in big cities such as Austin, Texas, in which single-family homes are being redeveloped into duplexes and quadplexes in neighborhoods near downtown.

This would also occur in the suburbs under Biden, Kurtz warns, because he wants to combine AFFH with the eradication of single-family zoning in suburbs under a strategy proposed by New Jersey Senator (and vegan) Cory Booker.

Basically, the Booker/Biden approach is more radical than what was proposed under the Obama administration.

That said, the AFFH rules still exist under the Trump administration because HUD Director Ben Carson never gotten rid of it.

“It will be very tough for President Trump to make a political issue out of Biden’s housing plans so long as his own cabinet secretary is talking about killing suburban single-family zoning with AFFH,” Kurtz lamented. “I think Carson’s wobbling on AFFH explains a lot about why Democrats have become so bold with their plans to undo suburban zoning.”

“If even the Trump administration goes along with federal attacks on suburban zoning, the Dems figure they’ve got political cover.”