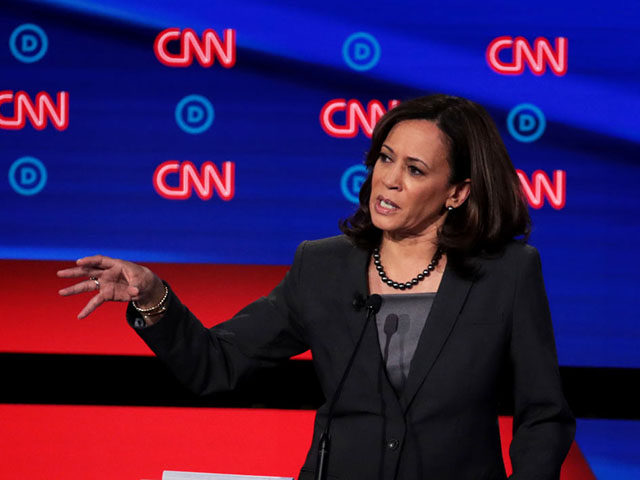 On Friday Democrat presidential hopeful Kamala Harris voiced support for government-mandated buybacks of AR-15s and other commonly owned semiautomatic rifles.
Bloomberg quoted Harris as saying, “I think it’s a good idea.” She admitted details are still outstanding regarding how the government would force gun owners to hand over their commonly owned semiautomatic rifles, but she made clear she supports implementing such a buyback plan.

On August 24, 2019, Breitbart News reported O’Rourke claiming, “America has more guns than human beings.” He then transitioned to gun control, saying, “We need a mandatory buyback of every assault weapon in our country.”

On Labor Day, O’Rourke released a video in which he assured AR-15 and AK-47 owners that he was coming for their guns if elected to the White House.

He noted that some gun owners have expressed “fears” that he wants to take away their firearms. He responded to this fear by saying, “I want to be clear: That’s exactly what we’re going to do. Americans who own AR-15s and AK-47s will have to sell their assault weapons. All of them.”

On September 3, 2019, The View host Meghan McCain warned that there will be violence if the government tries to take AR-15s.