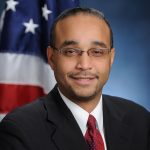 He was eventually taken to the hospital and died.  An autopsy is scheduled, we can only wonder – at this point – what will be discovered.

But, what’s even more disturbing is how government health officials report on the ‘mystery’ behind all these symptoms.  They simply can’t seem to figure out what triggered the problem.

According to Chris Sosa, Peralta’s director of communications, “he just thought he was having symptoms related to getting the flu shot.”  Yet, mainstream media outlets do not seem to make any meaningful connection between the vaccination and his death.

Fair WARNING: Flu vaccine side effects are often a signal to take lifesaving action – before it’s too late

The cause of Peralta’s death was determined to be sepsis – a severe infection that overstimulates the nervous system.

This causes the body to go into shock and the organs to shut down.  Simply put: the body’s inflammatory response goes into overdrive, causing overwhelming systemic inflammation. In effect, the body poisons itself.

Editor’s note: We, at NaturalHealth365, have written quite a bit about how to naturally (and effectively) respond to a bacterial or viral infection.  Here’s just one example of how to minimize the threat of sepsis.

Just days before he died, Senator Peralta sponsored an event related to the death of eight-year-old Amely Baez of LeFrank City, New York.  She passed away on Feb. 5 of “flu-related” symptoms, according to health authorities.

In addition, ironically, Peralta helped organize an event with NYC Health and Hospitals/Elmhurst sponsoring free influenza vaccinations in Amely’s home city on Nov. 17.  Little did he know what would happen to him – after receiving a flu shot.

Around 90 residents from the area were vaccinated. At the time, Peralta stated, “The influenza vaccine can be the difference between life and death.”  No doubt, Peralta urged his fellow New Yorkers to get the flu vaccine.

Educate yourself: Flu vaccine dangers include systemic inflammation – which can lead to GBS, MS and sepsis

The most common documented side effects of the flu vaccine include soreness, swelling and/or redness at the injection site, fever, headache, muscle aches and nausea.  But, let’s not forget that fainting and Guillain-Barré Syndrome (GBS), are also possible.

By the way, in case you’re not familiar, GBS is an inflammation of the peripheral nervous system.

In addition, severe allergic reactions have been reported and, in many cases, can be fatal.  These reactions can include difficulty breathing, dizziness, wheezing, hoarseness, swelling, hives, weakness, paleness and accelerated heartbeat.

There have even been reports of blindness and the onset of multiple sclerosis following a flu shot.

Sadly, most people still don’t realize that vaccine ‘side effects’ – related to the flu vaccine – are actually triggered by the toxic ingredients within each shot.  For example, the flu vaccine has substances like thimerosol (mercury) and aluminum – which are both known neurotoxins.

There is also evidence that receiving the flu vaccine weakens the immune system, increasing the chances of getting the flu in subsequent years.

Eat a diet rich in organic fruits and vegetables plus take vitamin C and D to keep the immune system strong – all year round.  In addition, consume probiotics to help promote an ideal balance of gut bacteria – which is essential to immune system health.

And, of course, maintain a physically active lifestyle – which is so important to maintain healthy immune function.