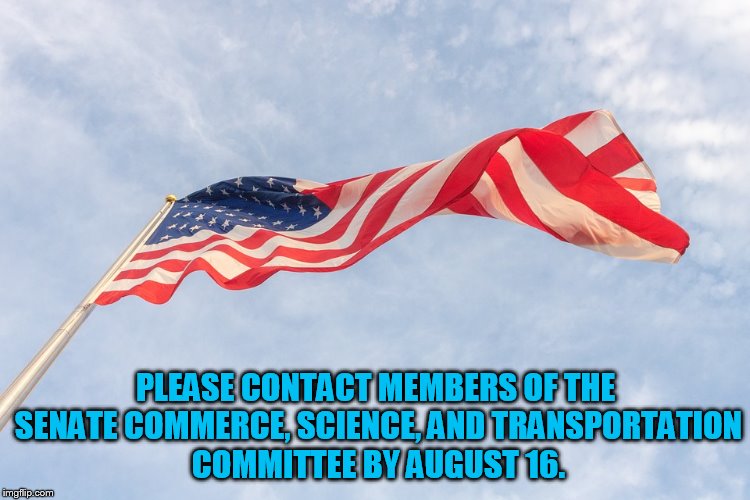 Who Ya Gonna Call Before August 16 to Complain about 4G and 5G Small Cell Towers Being Installed in Front of Homes, etc.? The Senate Commerce, Science and Transportation Committee (Contact Info Provided).

Who Ya Gonna Call Before August 16 to Complain about 4G and 5G Small Cell Towers Being Installed in Front of Homes, etc.? The Senate Commerce, Science and Transportation Committee (Contact Info Provided).

Big Thanks to all EMF activists for providing so much information to Activist Post so we can pass it on to readers who also want to stop the widespread “Roll Out” of risky 5G technology and other Telecom Industry, FCC, and other elected officials’ nonsense.

Since 2004, The International Association of Firefighters has opposed the use of their stations as base stations for cell towers and antennas until it can be proven that this is NOT hazardous to their health. So why would any of the rest of us be okay with allowing small cell towers to be installed in front of our homes, in public rights-of-ways, and everywhere else? This violates “The Precautionary Principle.”

In addition to contacting your local, state, and federal elected officials ASAP, a list of senate committee members and their contact information is posted at the end of this article. Please contact them before August 16.

With a little luck, we can help it out. We can make this whole damn thing work out.

Here’s the deal as relayed via excerpts from an article posted by Radio + TV Business Report:

On Aug, 16 the Federal Communications Commission (FCC) has an oversight hearing which will be conducted by Senate Commerce, Science and Transportation Committee.

The hearing, the Committee notes, will examine policy issues before the Commission and review the FCC’s ongoing duties and activities. This includes efforts to better utilize spectrum powering our wireless economy to expanding rural broadband access, combatting robocalls, and reviewing the media landscape.

For several hours on July 25, the four voting members of the FCC answered questions and, in a handful of instances, sparred with House of Representatives members who wanted assurances that the White House would not sway the Commission on its decision to send Sinclair Broadcast Group‘s intended merger with Tribune Media to an Administrative Law Judge.

Because of this, the FCC Four went to the Senate side of Capitol Hill for an oversight hearing that was conducted by Senate Commerce, Science and Transportation Committee one day later than originally planned.

On July 30, the committee announced that it would convene its hearing on August 15 at 10:15am. However, now it’s been pushed back again and will be held on August 16 at 10am at Russell Senate Office Building, Room 253.

Witness testimony, opening statements, and a live video of the hearing will be available on http://www.commerce.senate.gov.

The following list of committee members and their contact information was provided by EMF activists. Websites are not working for some officials and this has been noted next to their names. Please contact some or all of them before August 16 and let them know how you feel about all of this:

Committee on Commerce, Science, and Transportation