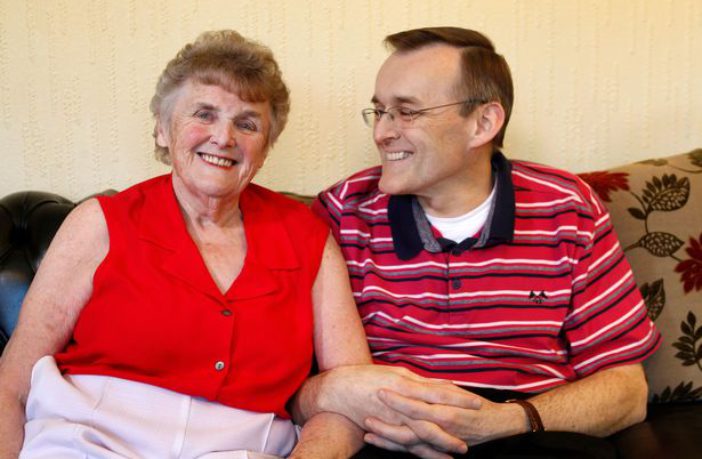 82-Year-Old Woman With Dementia Gets Her Memory Back After Changing Her Diet
By Editor May 2, 2018 No Comments

Recently, an 82-year-old woman who suffered from dementia, who couldn’t recognize her own son has miraculously got her memory back after changing her diet.

When his mother’s condition became so severe that for her own safety she had to be kept in the hospital, Mark Hatzer almost came to terms with losing another parent.

Sylvia had lost her memory and parts of her mind, she had even phoned the police once accusing the nurse who were caring for her of kidnap.

A change in diet, which was comprised of high amounts of blueberries and walnuts, has proven to have had a strong impact on Sylvia’s condition that her recipes are now being shared by the Alzheimer’s Society.

Sylvia also began incorporating other health foods, including broccoli, kale, spinach, sunflower seeds, green tea, oats, sweet potatoes and even dark chocolate with a high percentage of cacoa. All of these foods are known to be beneficial for brain health.

Mark and Sylvia devised to diet together after deciding that the medication on it’s own was not enough, they looked into the research showing that rates of dementia are much lower in mediterranean countries and copied a lot of their eating habits.

Mark, whose brother Brent also died in 1977, said: “When my mum was in hospital she thought it was a hotel – but the worst one she had ever been in.

“She didn’t recognise me and phoned the police as she thought she’d been kidnapped.

“Since my dad and brother died we have always been a very close little family unit, just me and my mum, so for her to not know who I was was devastating.

“We were a double act that went everywhere together. I despaired and never felt so alone as I had no other family to turn to.

“Overnight we went from a happy family to one in crisis.

“When she left hospital, instead of prescribed medication we thought we’d perhaps try alternative treatment.

“In certain countries Alzheimer’s is virtually unheard of because of their diet.

“Everyone knows about fish but there is also blueberries, strawberries, Brazil nuts and walnuts – these are apparently shaped like a brain to give us a sign that they are good for the brain.”

There were also some cognitive exercises that Mark and his mother would do together like jigsaw puzzles crosswords and meeting people in social situations, Sylvia would also exercise by using a pedaling device outfitted for her chair.

Mark said, “It wasn’t an overnight miracle, but after a couple of months she began remembering things like birthdays and was becoming her old self again, more alert, more engaged..

“People think that once you get a diagnosis your life is at an end. You will have good and bad days, but it doesn’t have to be the end. For an 82-year-old she does very well, she looks 10 years younger and if you met her you would not know she had gone through all of this.

“She had to have help with all sorts of things, now she is turning it round. We are living to the older age in this country, but we are not necessarily living healthier.” 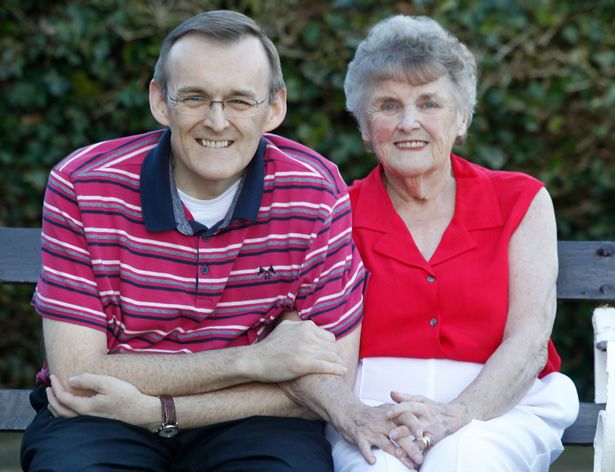 This story just goes to show how resilient our bodies really are if given the right environment. Most of these types of diseases are often related to diet in the first place so that means that they can indeed be reversed with a proper diet. Sure, some of them are genetic and you might be a carrier of the gene, but that is not a guarantee that it will become active, there are things you can do to minimize the risk. Our health is our greatest wealth. We have to realize that we do have a say in our lives and what our fate is.

We have covered the topic before of how aluminum build up in the brain is directly related to dementia and more specifically Alzheimer’s disease, being able to identify this as a cause is important because recognizing this means we can do our part to limit the exposure and to also detoxify our brains and bodies from this damaging heavy metal.

In an article titled, Strong evidence linking Aluminum to Alzheimer’s, recently published in The Hippocratic Post website, Exley explained that:

“We already know that the aluminium content of brain tissue in late-onset or sporadic Alzheimer’s disease is significantly higher than is found in age-matched controls. So, individuals who develop Alzheimer’s disease in their late sixties and older also accumulate more aluminium in their brain tissue than individuals of the same age without the disease.

Even higher levels of aluminium have been found in the brains of individuals, diagnosed with an early-onset form of sporadic (usually late onset) Alzheimer’s disease, who have experienced an unusually high exposure to aluminium through the environment (e.g. Camelford) or through their workplace. This means that Alzheimer’s disease has a much earlier age of onset, for example, fifties or early sixties, in individuals who have been exposed to unusually high levels of aluminium in their everyday lives.”

His most recent study, published by the Journal of Trace Elements in Medicine and Biology in December 2016, titled: Aluminium in brain tissue in familial Alzheimer’s disease, is one of the many studies that he and his team have conducted on the subject of aluminum over the years. However, this study in particular is believed to be of significant value, because it is the first time that scientists have measured the level of aluminum in the brain tissue of individuals diagnosed with familial Alzheimer’s disease. (Alzheimer’s disease or AD is considered to be familial if two or more people in a family suffer from the disease.)

According to their paper, the concentrations of aluminum found in brain tissue donated by individuals who died with a diagnosis of familial AD, was the highest level ever measured in human brain tissue.

“We now show that some of the highest levels of aluminium ever measured in human brain tissue are found in individuals who have died with a diagnosis of familial Alzheimer’s disease.

The levels of aluminium in brain tissue from individuals with familial Alzheimer’s disease are similar to those recorded in individuals who died of an aluminium-induced encephalopathy while undergoing renal dialysis.”

As more and more awareness grows involving the true causes of these neurodegenerative brain disorders, the more we can do our part to prevent and even treat them and hopefully, eventually eliminate things such as aluminum and other chemicals in our foods to prevent this disease from happening altogether.

Please share this article with anyone you know who knows someone who is suffering from dementia or Alzheimer’s.

This article (82-Year-Old Woman With Dementia Gets Her Memory Back After Changing Her Diet) was originally published on Collective Evolution and syndicated by The Event Chronicle.
———————————-

Apparently the reason Aluminum has been found in the Chemtrails that allegedly don’t exist! “They” are not only trying to kill us, and make us dumb, they want us to succumb to dementia…