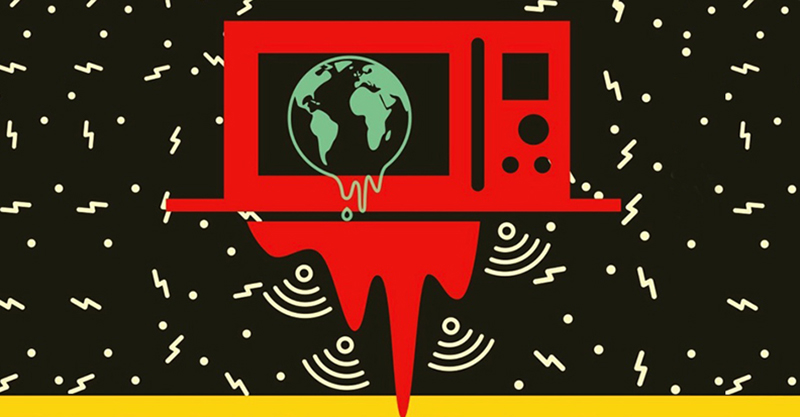 APRIL 24, 2020
The FCC Just Approved 6 GHz Frequency Band for Wi-Fi and Why You Shouldn’t Use It
By Dafna Tachover, CHD’s Director of 5G & Wireless Harms Project

Many readers may not fully appreciate the health risks from Wi-Fi technology. This article and our work at Children’s Health Defense lay them out. The bad news is that Wi-Fi health risks are going to get worse. The good news is that you can limit them.

On April 23, 2020, the Federal Communications Commission (FCC) opened the 6 GHz band for Wi-Fi and other unlicensed uses. Adding the 6 GHz electromagnetic frequencies band will allow routers to use more frequencies to broadcast Wi-Fi signals. The devices are expected to start supporting the 6GHz Wi-Fi by the end of 2020 and will be branded under the name “Wi-Fi 6E.” The good news is that you don’t have to use it.

The 5GHz frequency was added to the Wi-Fi routers to provide broader bandwidth for Wi-Fi- based “smart” devices and the increased data downloads they carry. The higher the frequency, the bigger bandwidth it provides to carry more data—like wider roads for more cars. For that reason, the FCC approved 6GHz. It will now allow even bigger bandwidth for Wi-Fi. Furthermore, adding the 6GHz band of frequencies which haven’t been used for commercial devices thus far, will also reduce interference with the Wi-Fi connection.from other devices.

The FCC has continued to allow more radiation and radiation-emitting devices into our environment with complete disregard for the public’s health and safety. Numerous studies have shown profound adverse health effects from Wi-Fi, both from the 2.45 GHz frequency used for Wi-Fi as well as effects from the pulsation and modulation of the Wi-Fi frequency used to carry the data. Harmful effects include “oxidative stress, sperm/testicular damage, neuropsychiatric effects including EEG changes, apoptosis, cellular DNA damage, endocrine changes, and calcium overload”. Recently, a peer-reviewed meta-analysis was published in the industry’s IEEE journal stating: “For now, wireless technologies must be avoided as much as possible.” The authors continued, “People should be made aware that the EMR from using day to day cellular, Wi-Fi and Bluetooth devices are harmful to human health”.

In fact, the first study that showed that wireless radiation can break DNA was from 1996, and it was on the 2.45 GHz frequency. DNA damage was confirmed by dozens of studies, including the recent National Toxicology Program (NTP) $25 million study by the federal government, which showed CLEAR EVIDENCE that wireless causes cancer and DNA damage. Despite the evidence, the FCC has continued to promote wireless with complete disregard for our health. In December 2019, the FCC announced that it would not review its health guidelines despite clear scientific and human evidence of harm. In response, Children’s Health Defense filed a lawsuit against the FCC, challenging the FCC’s refusal to review the guidelines as capricious, arbitrary, not evidence based and an abuse of discretion.

The impacts of electromagnetic frequencies on the body are complex. While we can test the adverse effects of a specific device or frequency, it is more complex to test the combined impact of numerous frequencies in the environment.

We always suggest that people turn off the Wi-Fi in their router and use a wired connection to the internet instead. Based on the results of the testing mentioned above, if they continue to use Wi-Fi, we advise they should at least disable the 5GHz frequency in the router. To learn how to do this and how to use the internet safely by using a wired connection, check out CHD’s step by step guide.

According to industry sources, internet providers will start offering “upgraded” Wi-Fi 6E routers by the end of 2020. We advise against getting these routers or allowing companies to switch your router. Furthermore, we advise that you purchase your own router rather than use the internet provider’s router. Some of the internet providers use your router to provide “hotspot” for people on the street. While you pay for the router, the service provider is making money by selling access to your router to passersby. Besides likely being illegal, this means that when you disable the Wi-Fi in your router, you do not necessarily stop the router from emitting radiation. From what we have seen, only the provider can disable the “hotspot” frequency. The providers often deny the existence of the hotspot access until they finally admit to it and agree to disable it. If you have your own router, this is a non-issue.

Children’s Health Defense seeks to protect children from harmful environmental exposures and to prevent the chronic health conditions that plague over half of America’s children. Using wired internet connection instead of Wi-Fi in homes is one of the key ways we can keep children healthier.